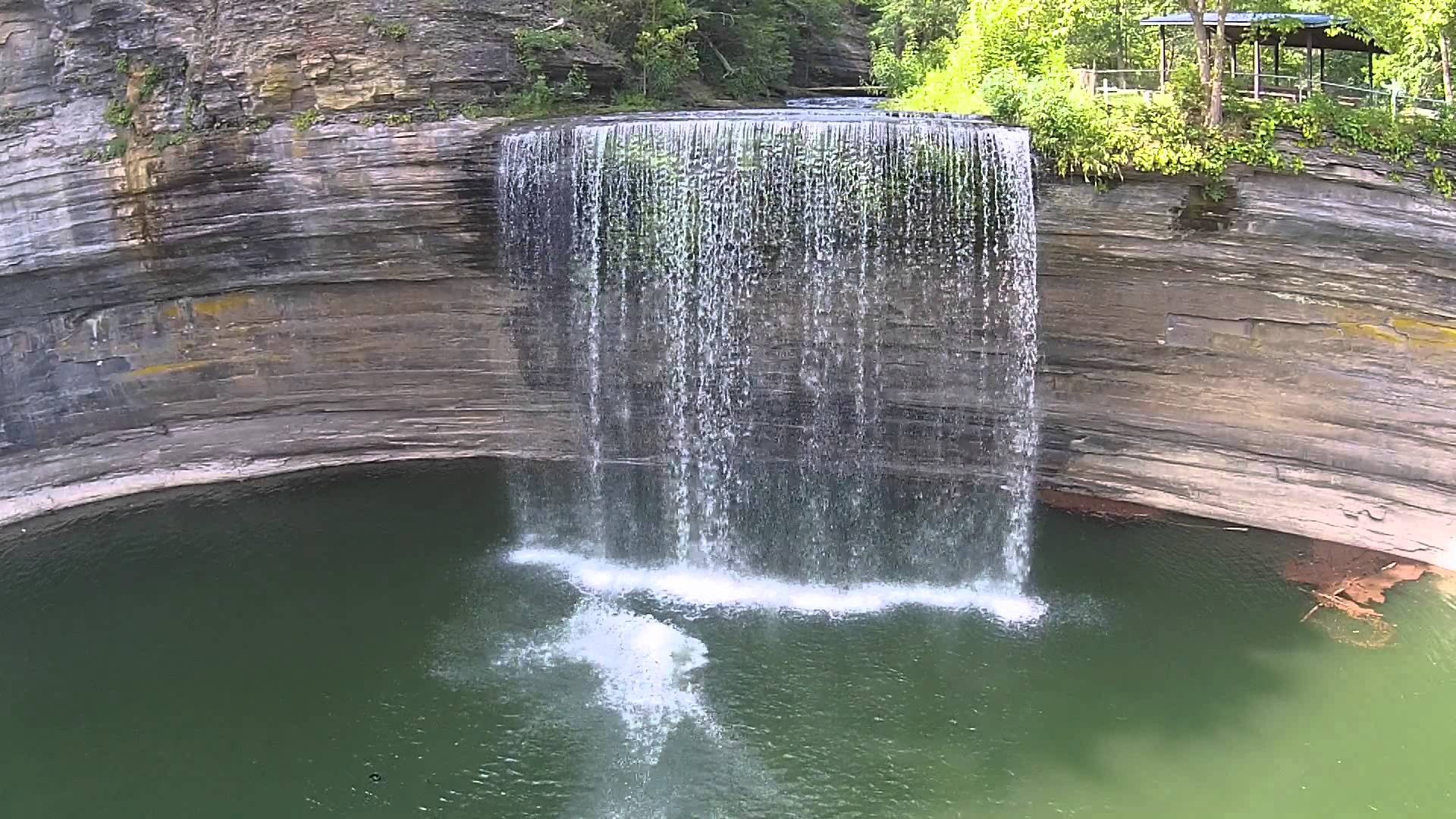 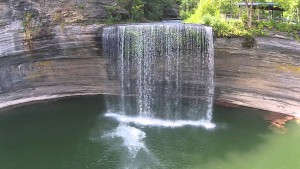 Seventy Six Falls is a waterfall in Clinton County, Kentucky that can be found along Indian Creek. Seventy Six Falls may have been named for the nearby community of Seventy Six, Kentucky. There is a popular belief that it was named for its height before the impoundment of Lake Cumberland, but the height is actually about 84 feet. At normal pool of the lake the height is 38 feet. Another assertion is that the waterfall was named for the number of breaks, or small falls, on Indian Creek just before the cataract, but that is unlikely; clearly defining a specific number of such breaks is impossible because of varying water flow and small differences between them.  Several mills were once located on the creek above the falls, which is now the site of a park maintained by the U.S. Army Corps of Engineers, which manages Lake Cumberland.